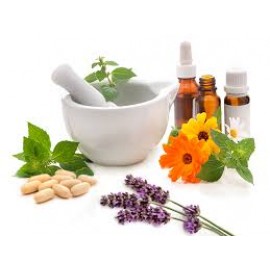 Homeopathy is a holistic medicine which uses specially prepared, highly diluted substances (given mainly in tablet form) with the aim of triggering the body’s own healing mechanisms.

A homeopath will prescribe medicines according to the patient’s specific set of symptoms, and how they experience them, taking into account their overall level of health.

Like with like
Homeopathy is based on the principle of “like treats like” – that is, a substance which can cause symptoms when taken in large doses, can be used in small amounts to treat similar symptoms. For example, drinking too much coffee can cause sleeplessness and agitation, so according to this principle, when made into a homeopathic medicine, it could be used to treat people suffering from sleeplessness and agitation.

This concept is sometimes used in conventional medicine, for example, the stimulant Ritalin is used to treat patients with ADHD (Attention Deficit Hyperactivity Disorder) and small doses of allergens, such as pollen, are sometimes used to de-sensitise allergic patients. An important difference with homeopathy however, is that the medicinal doses (known as remedies) are so small that toxic side-effects are avoided.